When Experience Matters. When Results Count.
Contact Us Now For a Free Consultation
Member of: 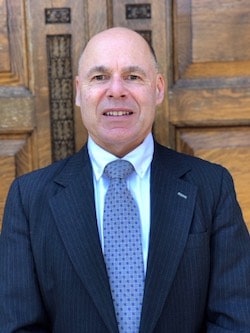 At Neil F. Faigel & Associates we are experienced trial lawyers who specialize in criminal defense and student’s rights. Attorney Faigel has 32 years of experience as a trial lawyer. His office is conveniently located at 10 Main Street, Suite L - 2, Andover, MA and he routinely represents those who have been charged or accused of crimes in Massachusetts state courts as well as Federal Courts in Massachusetts, New Hampshire, Maine, and Rhode Island.

Attorney Faigel represents individuals accused of misdemeanors and felonies in state and federal court. He zealously advocates for his clients in order to protect the rights of his client. Through his experience, he has learned that there is no substitute for diligence and hard work. Attorney Faigel regularly employs investigators to thoroughly review a case in an effort to uncover any applicable defense and present the best case possible to the prosecutor and the court.

After law school, Attorney Faigel was fortunate enough to be employed at Jack I. Zalkind & Associates in Boston, MA. As an associate attorney, he was part of a criminal defense team that defended some of the most high-profile cases in the Commonwealth of Massachusetts. In 1995, Attorney Faigel opened his own private practice. Attorney Faigel has over 30 years of experience as a trial lawyer representing those who have been charged or accused of crimes in Massachusetts state courts as well as Federal Courts in Massachusetts, New Hampshire, Maine, and Rhode Island as well as school related disciplinary proceedings at Colleges and Universities in the Commonwealth.

If you have been charged with a crime in the greater Boston area or within the state of Massachusetts, please call (978) 681 - 9600, or contact us online at attyfaigel@comcast.net.

Contact Us
Criminal Defense
Client Reviews
★★★★★
I received a letter informing me that I was under investigation for fraud. Attorney Faigel reviewed that facts of the case and implemented a plan of action. As a result, the case was dropped and the investigation ended. He was fair and to the point in all of our discussions. His quick work saved me a lot of time, distress and money. I hired the right attorney. RF
★★★★★
I hired Attorney Faigel after another lawyer told me that there was nothing else he could do on my case and I was going to lose my license for 30 days. Attorney Faigel would not take no for an answer. He was somehow able to get some of the charges dismissed and I was able to keep my license. Without it, I would not have been able to work and would have lost a great deal. I would highly recommend Attorney Faigel. WB
★★★★★
I was involved in a very serious offense that, if convicted of, would have sent me to jail for the rest of my life. Attorney Faigel, through his diligent investigation and contacts with law enforcement, was able to keep me from being charged with a crime. I would recommend him to anyone. He is expensive, but worth every penny. JL
★★★★★
I hired Attorney Faigel for a very serious case. Even though he was expensive, he was well worth every dollar. He kept me informed every step of the way and never promised me anything that he could not deliver on. He saved my husband and our family. HB
View More
Submit a Law Firm Client Review